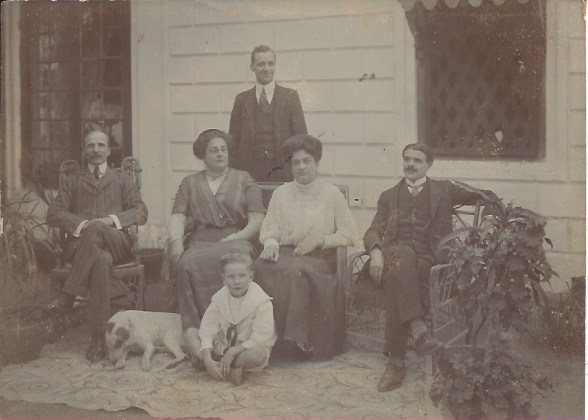 Between 1900 and 1915, 23 million Italians immigrated to Europe and America. The reasons for the Italian immigration to America were to escape the wars and the natural disasters that led to disease, unemployment and poverty. These immigrants, mostly artisans and peasants, represented all regions of Italy, but mainly came from Southern Italy. Most of the immigrants traveled by ship.

Renazzo and Cento took part as protagonists in this immigration, attracted by the urbanization of America. The American cities developed at a rapid rate, which left no time for rational urban planning because the new immigrant workers had to be housed quickly. This led to the rise of cheap tenement houses that were typically four to six stories high and divided into small apartments. It was common for a whole family of up to ten Italian immigrants to live in just one small room. Poor Italian immigrants formed ethnic enclaves in the cities of America and these Italian neighborhoods became known by the common name of “Little Italy.”

With this project we want to give attention to the archival documents about immigration kept in the Cento Historic Archives. They are:
The Registers of Immigration that contain the names, the passport photos and the destinations of those who asked for passport authorization to leave the county of the years 1890-1947.
Registers of birth and families of the years 1890-1921.

Rebuilding the story of those who preceded us, it is easy to think about how often their choices, often random, have impacted our lives.

The emigration from Cento and Renazzo was particular to Plymouth and Boston in the state of Massachusetts in the United States of America. In the case of Teresa Carpeggiani it also included the countries of India and Canada.

Teresa married Giovanni Molini who was a traveling musician. They had a child, Giacomo Molini (1883-1929). He immigrated to India where he married Mabel Hart, the daughter of an official of the British Army. They had three children: Alice (1905-1997); Giovanni, born in 1907; and Amabile, born in 1908. Mabel died in childbirth in 1908.

Later Giacomo married Ethel MacKenzie with whom he had no children. Giacomo emigrated again in 1920 with Ethel and his children. They left India. Passed through Cento, Finale Emilia, and disembarked in New York. From there he went to Canada where today their descendants still live.

Teresa began a long journey: she immigrated from Dodici Morelli to Poona, India, the present Pune, near Bombay, the current Mumbai, to join her son’s family. Teresa asked for the passport of expatriation in 1916, when her son was already established in India, but she didn’t emigrate until 1927. In 1929 Giacomo died in India.

Thanks to the surviving archival documents, it is extrapolated that the family of Carpeggiani was a family of ‘migrants’ with many grandchildren of the third generation still living abroad. Among these is mentioned Renato who participated in the Vietnam War in the United States Air Force.

Archival Documents:
Registry books of Comune di Cento
Emigration registers from 1890-1947
Ship passengers of 1920
Registers of disembarkation in New York of 1920
Census of Toronto, Canada of 1921