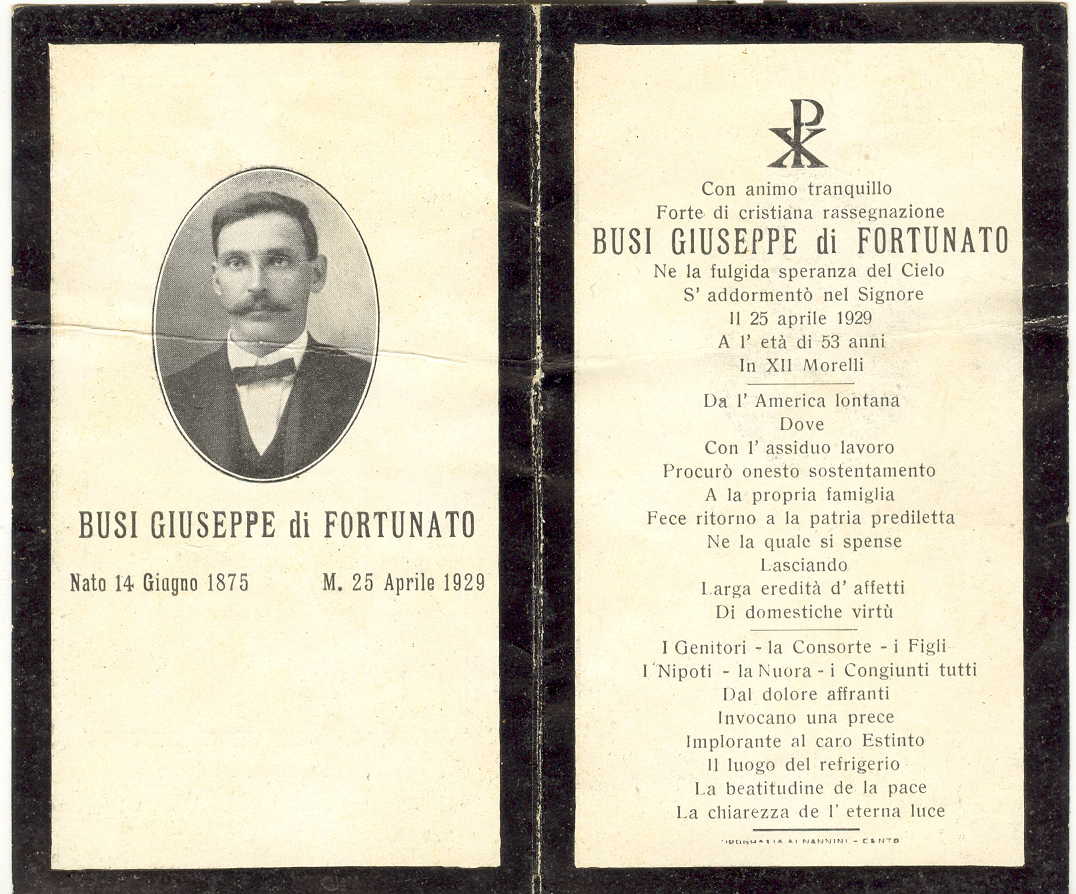 In this place they managed a sort of inn with five Italian employees, frequented mainly by Italian immigrants who worked at the foundry.
They had three daughters: Evelina, Elvira and Teresa; Evelina married Angelo Barbieri and they had five children, the twins Federico and Alessandro, the twins Leonardo and Donald and Steve, whose descendants still live in Plymouth. Elvira was married but she didn’t have children; Teresa married William Coyle and three children were born, one of whom, Michael Coyle, was a popular pianist.

The marriage between Maria Balboni and Alessandro Tassinari unfortunately ended due to the killing, in mysterious circumstances, of her husband with a gunshot.
The widow Maria remarried with Giuseppe Busi from Renazzo (1875-1929) who, emigrated to the United States, was staying at the inn run by the Tassinari spouses and working at the foundry.
Giuseppe was younger than Maria and from their marriage they had five children born in the United States: Tomaso (1901-1969), grandfather of Alberto Busi, husband of Elena Poschi, Carmelina called Ines (1903-2008), Dolores (1907-2002), Fernanda (1900-1971), mother of Ciro Govoni of the homonymous pizzeria of XII Morelli and Giuseppe, better known as Jozie (1909-1970).

World War I was starting and Giuseppe Busi was called by the US Army; he had two choices, to enlist and become an American citizen or to renounce, and being an Italian citizen, return to Italy. Busi inclined for the second choice and in 1914-15 he returned to Renazzo with the whole family. One of the reasons that led Busi to return was due to the fact that being an only child and having parents Fortunato and Albina a lot of land to work, it was important to give them help. The family established itself in Cento’s area; children grew up and got married, creating new families in turn.

Carmelina Ines married Giovanni Carpeggiani in XII Morelli, known as Beniamino (1898-1940) and from their marriage two children were born: Marisa, born in 1937, resident in the United States and Renato (1939-2000) who took part in the war in Vietnam.

Giovanni died prematurely in 1940 and his wife Carmelina had to deal with various adversities; fortunately, she was helped by her family, especially by Tomaso and his sons, but in April 1953 she decided to come back to the United States where the “half-sister” Evelina, who at the time of Carmelina’s return to Italy was abut ten years old, was waiting for her.
Evelina, having learned of the situation of Carmelina, had invited her to return to the USA where she would have a new life.

Carmelina together with her children Marisa and Renato embarked in April 1953 in Genoa (travel: Naples / Nova Scotia / New York) without knowing if they would recognize Evelina on their arrival.
Marisa immediately recognized her by telling her mother:
“Here she is!! She looks very much like grandma Maria! “. 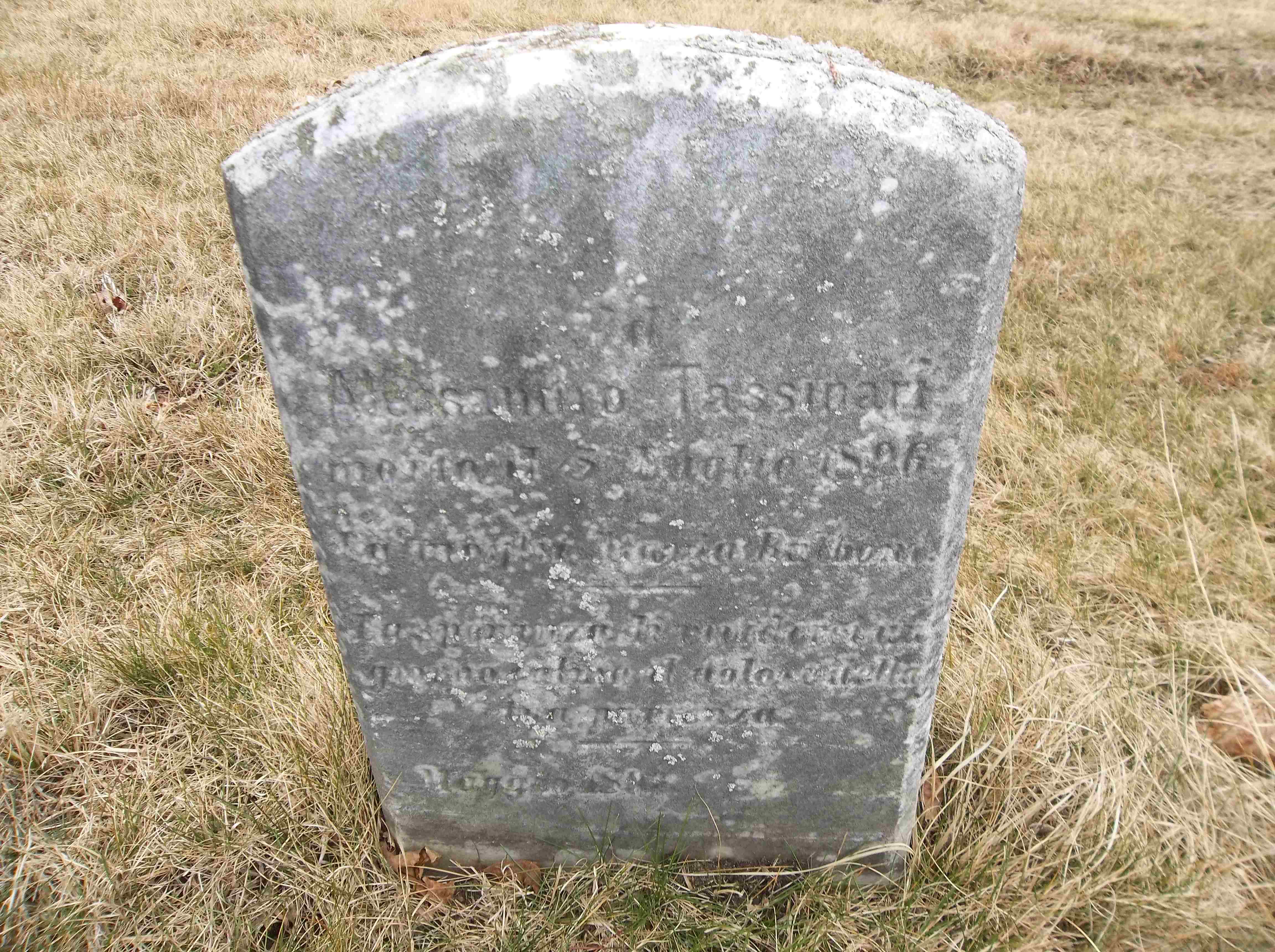 Even the rest of Giuseppe’s family initially would have liked to return to the United States, but the two wars, the now grown up sons who were in turn married, the arrival of the grandchildren … made the conditions for expatriation failing.

Carmelina Ines settled permanently in Plymouth where she worked as a dressmaker / furrier for the “Puritan Clothes”.

The daughter Marisa obtained American citizenship by passing the first language test, studied at Plymouth high school and found employment at the Plymouth electrical company.
In 1973 Marisa married Donald Hamilton (1929-1999) and from their mariage Craig was born in 1975 who worked as a mechanic and played bass in a local band.

Her husband Donald was a descendant of a Scottish family whose grandfathers, all career soldiers, had occupied an entire island in Maine in the 1800s, called Cousin Island; the island was divided among the various descendants of the colonizers and Marisa inherited a house.

Donald had already been married, was a veteran US Navy of both the Vietnam and Korea war and served as chief operations sergeant.
He was a member of the American National Tire with a gun, took part in the Mexico Olympics and was the winner of the Panamerican Games (held when Moscow boycotted the US participation in the Moscow Olympics).
He was an excellent coach for several colleagues who then participated and won at the Olympics.
Thanks to Donald, Marisa could travel all over the the world.

Her brother Renato Carpeggiani, who died in 2000, also obtained American citizenship by passing the language test; after studying at Plymouth high school he served in the military service (4 years) in the Airforce. He was a pilot, he worked in the technical area at the shipyard in Hingham. Then as quality control for the Stone and Webster nuclear reactors and then for the Global Enterprise.

Thanks to Mrs. Lucile Barbieri Leary and Elena Poschi 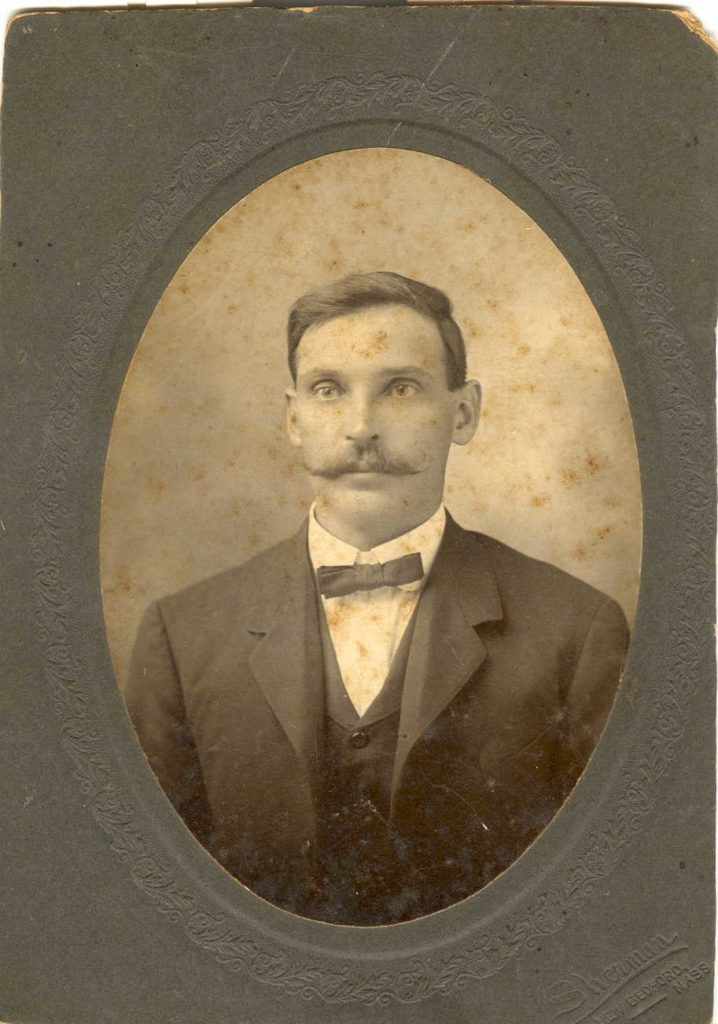 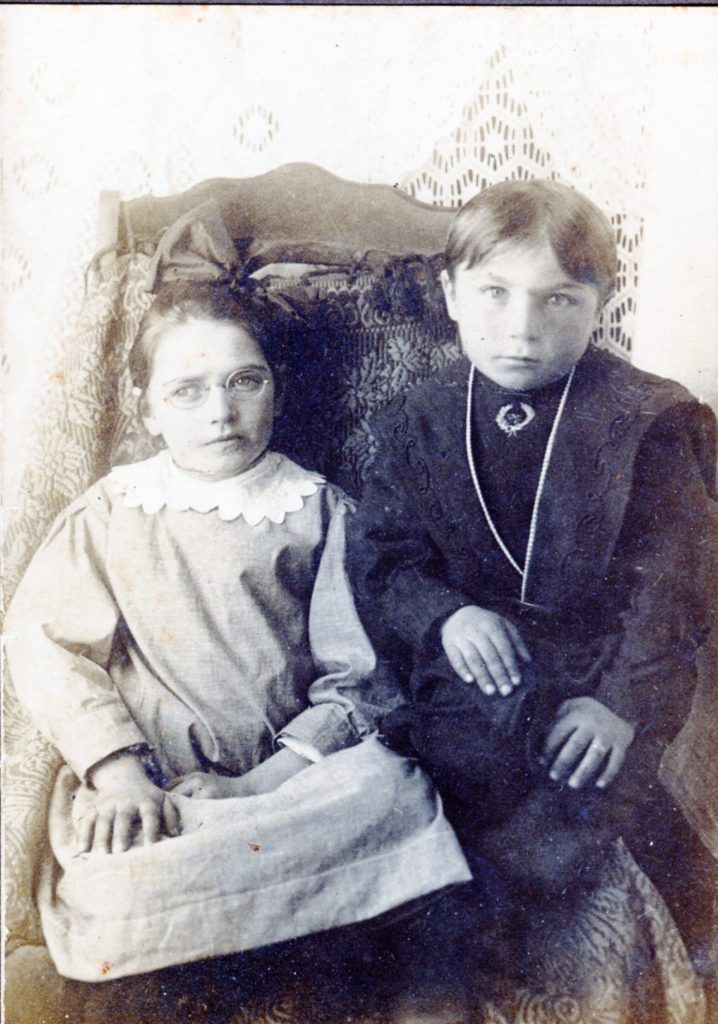 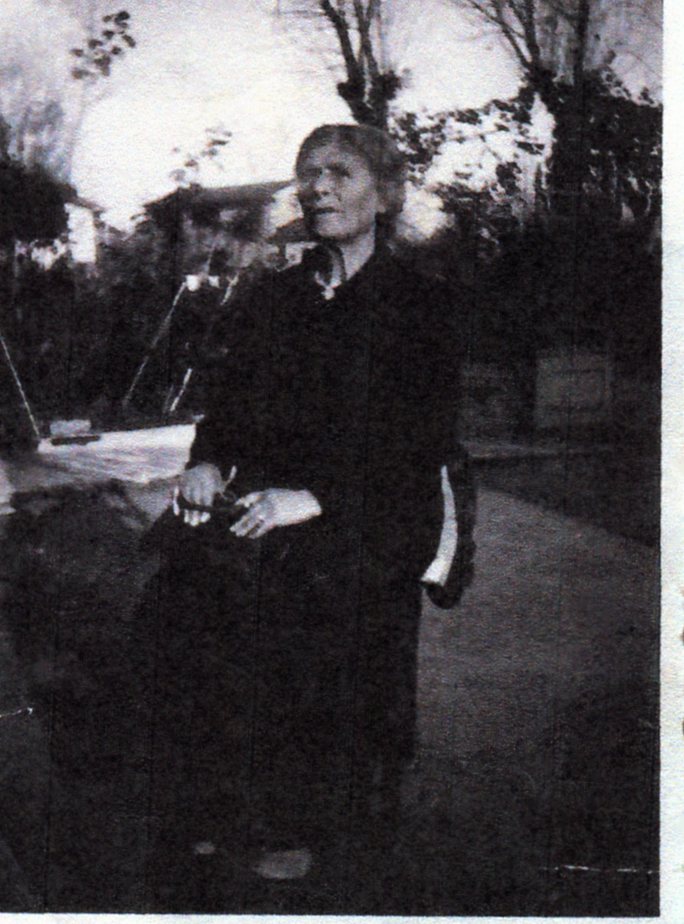 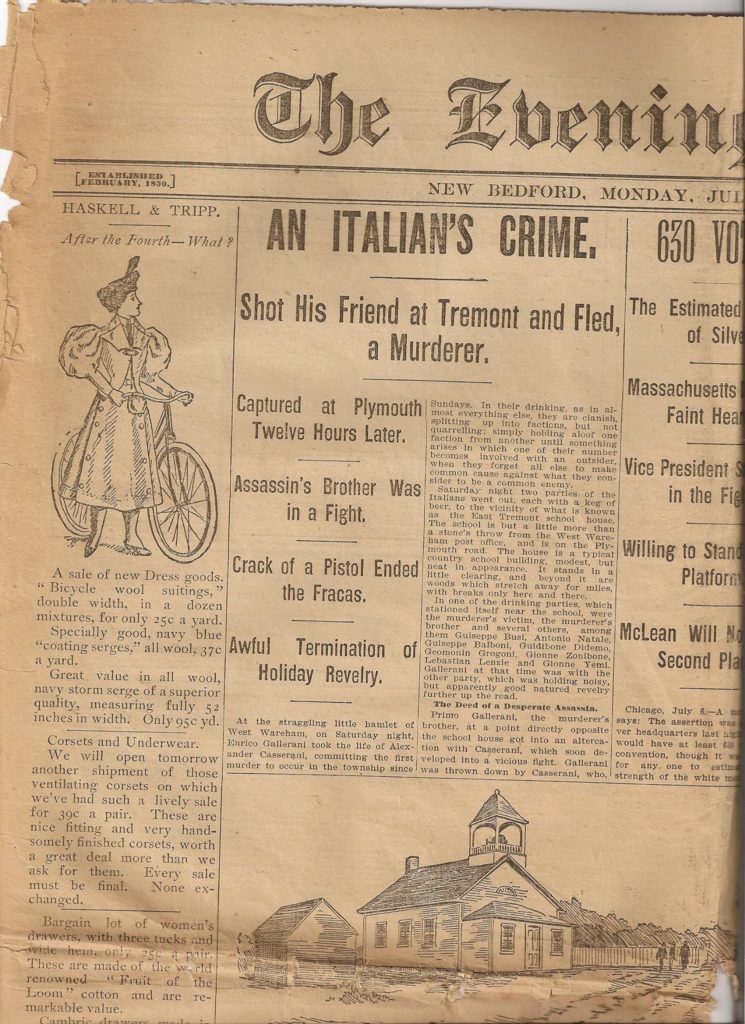 Daily newspaper article with the news of Alessandro Tassinari’s murder